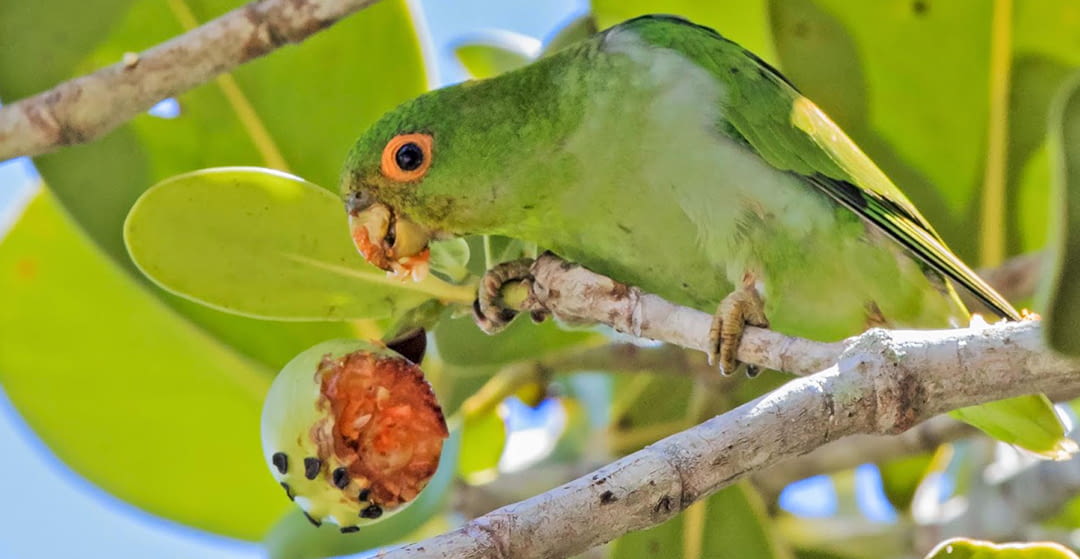 As the name suggests, frugivorous birds are those whose diet is based in greater proportion on fruit intake and processing.

These vertebrates are located globally and at the taxonomic level in different groups, so there is a wide variety of them. Most frugivorous birds live in the tropics because the abundance and availability of fruits throughout the year are greater.

As already mentioned the main characteristic of frugivorous birds is their ability to survive through fruit intake, these birds are quite colorful, which they use for mating courtship.

In terms of size, birds living in the tropics are usually larger than those living in temperate regions. In general, the beaks are strong, short and can have a curvature at the top with which they help to consume the fruits, although the shape of them will depend on each species and the degree of specialization it has to take advantage of some portion of the fruits.

These types of birds have different ways of taking advantage of the fruits and depending on how they do so can be classified into two groups which are:

The diet of these birds, is based almost entirely on the consumption of fruit, they can even ingest those fruits that by chemical processes have the presence of toxins and would harm other types of birds, in addition they can take the maximum advantage of them to accumulate fat and nutrients that allow them to make migrations, this is achieved thanks to the fact that true frugivores have morphological, physiological and behavioral adaptations.

One of these adaptations is at the intestinal level, the true frugivores have a longer intestine, so the absorption surface of the nutrients is greater, likewise, the transit of fruits through the intestine is faster than in other birds, This is why you can consume large amounts of this type of food in a shorter time. 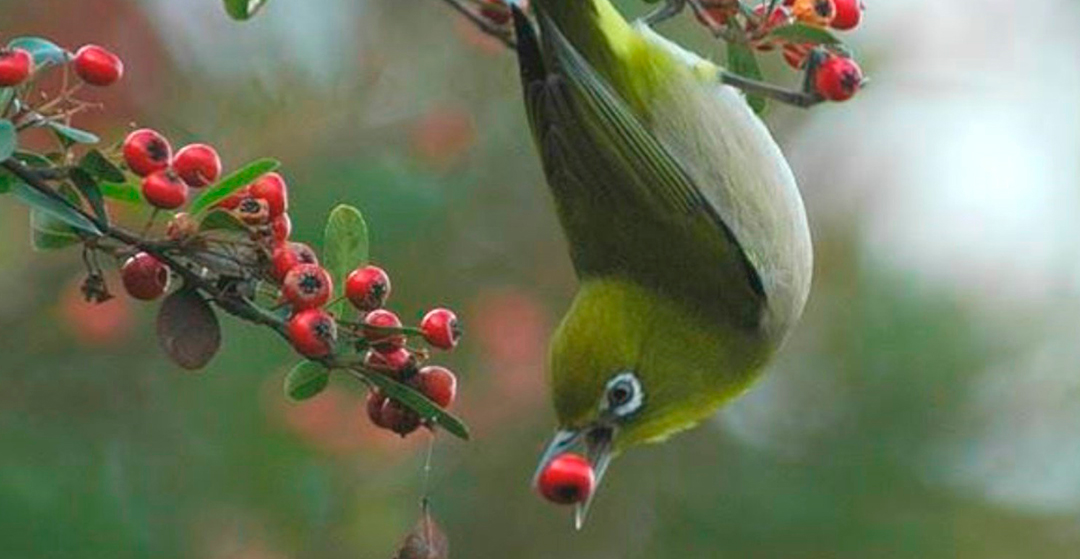 In this group that are also called parasitic frugivorous birds, there are those that only use a part of the fruit, some eat the fleshy part despising the seeds left in the soil without being able to disperse, other birds eat only the seeds and to reach them peck the fleshy part without consuming them.

Usually, these birds do not depend exclusively on the fruits to maintain their diet, but also complement it with the intake of animal protein when eating insects, this fact happens especially in the nesting season where the protein requirements are higher.

Unlike true frugivers, predators often choose fruits in a way that evades those who are mature yet have a concentration of metabolites that can be toxic to them.

Cotinga nattereri, or blue continga, is a bird of the family Cotingidae, characterized by ingesting a large quantity of fruits and sometimes is supplemented with seeds. It has been found that they consume berries from different trees, including the fig and mistletoe..

One of the birds that is usually associated with fruits are toucans, these birds of the family Ramphastidae and are a consumer of small fruits and berries, complete their feeding with insects and small prey such as lizards.

Other fruit-consuming birds belong to the Psittacidae family and is the parrot Pyrrhura frontalis, who likes to eat different kinds of fleshy and dried fruits, complementing the diet with seeds and even flowers.

Turdus amaurochalinus whose common name varies according to the localities in which it is found, but is better known as Argentinean zorzal, has a diet based on fruits, which depending on its size can consume whole or peck to eat its pulp, complements the diet with insects.
Facebook Twitter LinkedIn WhatsApp Email
We use our own and third-party cookies to improve our services and technical reasons, to improve your browsing experience, to store your preferences and, optionally, to show you advertising related to your preferences by analyzing your browsing habits. We have included some configuration options that allow you to tell us exactly which cookies you prefer and which you don't. Press ACCEPT to consent to all cookies. Press CONFIGURATION to decide the options you prefer. To obtain more information about our cookies, access our Cookies Policy here: More information
Settings Accept