What would be the ideal domestic bird based on personality 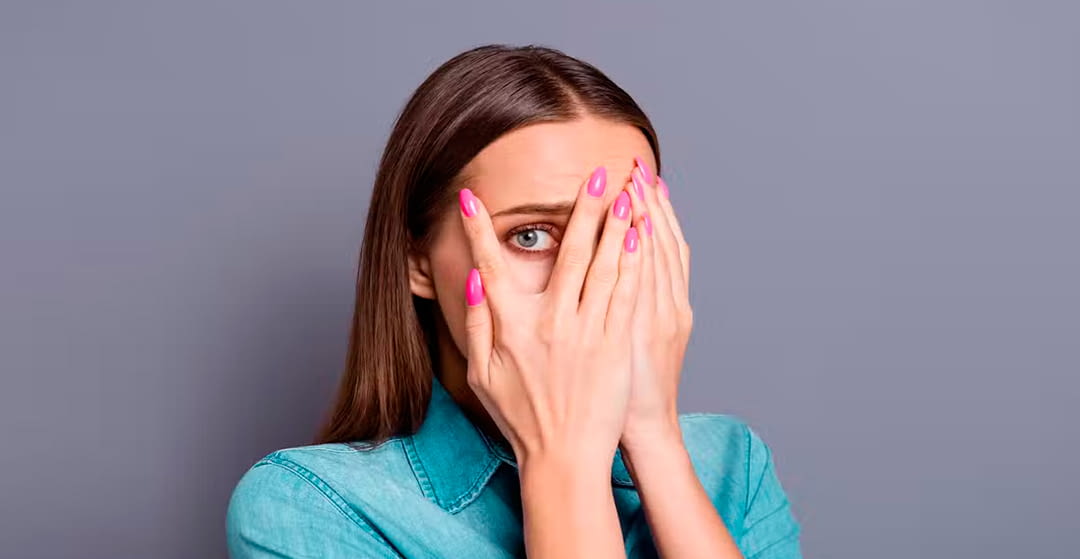 The world of birds is full of diversity and curiosities, especially in terms of their behavior. The particular characteristics of these animals make them very attractive as pets and more and more people want to have a bird in their home.

The connection that is generated between people and birds is very intense. For this reason, some species of birds are more suited to certain types of personalities, living in harmony with their owners.

All individuals, whether they are of the same species or not, are different from each other. However, based on the general characteristics of the behavior of each species, there are bird recommendations, obviously not absolutely, more in line with one personality than another due to their characteristics and behavior.

IDEAL BIRDS FOR AN EXTROVERTED PERSONALITY

Extroverted people are euphoric, happy and always show their emotions. Just as some people have a sociable and friendly personality, some species of birds have an emotional character and require a lot of affection.

If someone is an extroverted person, the ideal species is one that connects with that joy and mountain of intense emotions, a kind of sociable and active bird that shows its emotions.

The ideal pet for this type includes the following species:

Parrots are renowned for being very talkative and sociable, making them one of the top domestic bird species chosed by people looking for an unconventional pet that they can bond with and talk to. They will also express a lot with their highly developed body language.

Parrots are talkative, they can learn words very easily, since they have a prodigious memory and an innate ability to articulate words from any language in the world, so they can be taught to reproduce them.

It has been scientifically proven that they are animals with a high intelligence comparable to that of a 5-year-old child, since they can memorize more than 100 words, identify the names of objects and even count from 1 to 6 according to experiments by the animal psychologist. 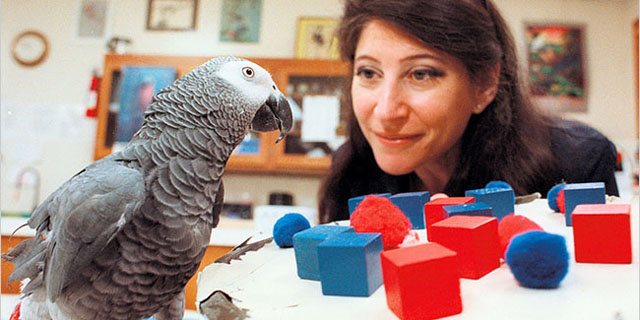 The popular Irene Pepperberg with the parrot Alex, 31 years old.

The cockatoo is a very affectionate and emotional bird species, they appreciate attention and communicate a lot with their body language, very similar to that of parrots. Additionally, they also stand out for their intelligence.

Nymphs are recognized for creating very strong bonds of attachment between them, so it is advisable to keep them in couples. This same attachment can be generated by their human.

If the owner has raised her from a young age giving her porridge, this becomes a figure of security and comfort. The most characteristic behavior with which they demonstrate their attachment is to follow everywhere.

Parakeets are the domestic birds par excellence, they are cheap and easy to tame. In addition, its docile, sociable and curious character with humans makes this species one of the best feathered pets in general.

Parakeets appreciate that the human pay attention and interact with them, they can become very friendly if people have patience and follow them at the pace they set to earn their trust.

Additionally, male parakeets may be able to articulate one or another word, so its good could try to interact with him to teach him to imitate them. 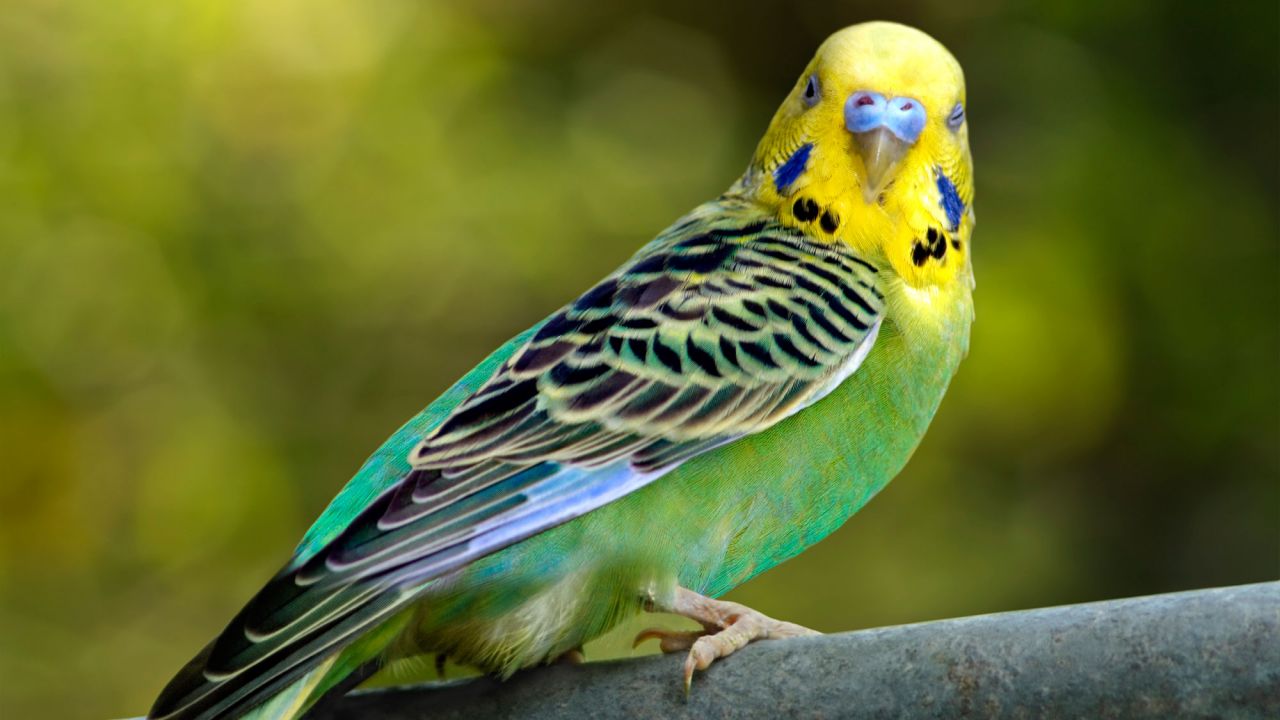 IDEAL BIRDS FOR AN INTROVERTED PERSON

There are more reserved people, not so cheerful and who do not express their emotions so easily; We are talking about introverted people.
This type of personality brings together all the people who prefer to keep their space and tend to have solitary habits, enjoying the tranquility more than the hubbub, much more contemplating than interacting.

Are there birds that suit introverted personalities?

The answer is Yes, there are birds that adapt to the habits and character of this type of person.

In general, birds are a bit distant, less trusting than dogs and their trust has to be earned. But there are species in which this characteristic is much more accentuated, being even more cautious or not requiring much attention or affection, so they prefer to have more space.

Among the ideal species for introverts we find the following:

The zebra diamond or mandarin diamond is a species of sociable bird that gathers in flocks and is native to Australasia.

Although it is a sociable bird, it does not like direct contact with humans very much because they are territorial birds (especially females) and will not respond very well to attempts to touch them. The diamond likes to keep his distance and sing many songs while being watched. 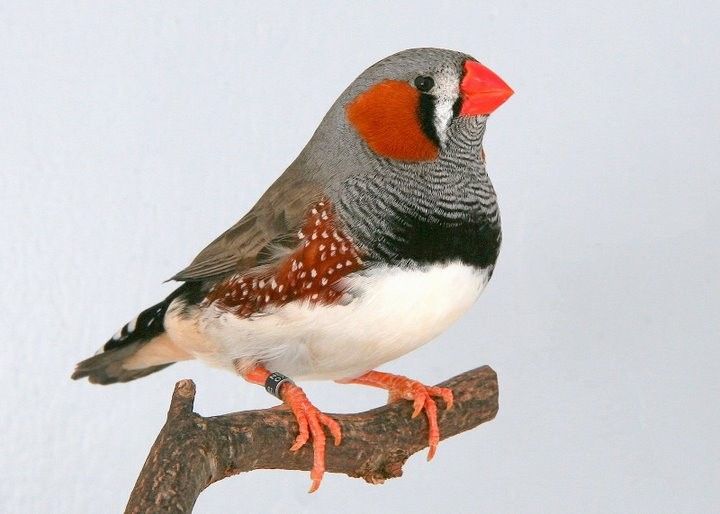 The goldfinch is native to the western Palearctic, it is a kind of sociable and calm bird that groups in flocks, traveling great distances when the seasons change in Europe and moving south in winter.

It is a great bird to keep as a pet, due to its active behavior and the ease with which it can be tamed. In addition, they flood the days with the melodies of their singing.

However, like the diamond zebra, they are birds that like to keep a certain distance, especially during the breeding season when they become more territorial (they reproduce about twice a year).

In addition to their beautiful song, the affable and friendly character of canay makes them an excellent pet for very active and cheerful people who love listening to natural music at dawn.

Canares are naturally songbirds and in captivity one of the most admired singing pets. They are small and somewhat skittish birds, very convenient pets for people with limited time and space.

Canaries are organized in groups, but they tend to need more company when they are in the breeding season. They are easy-care animals that like to keep their space and sing cute melodies, so they can become an excellent pet for lonely and introverted people.
Facebook Twitter LinkedIn WhatsApp Email
We use our own and third-party cookies to improve our services and technical reasons, to improve your browsing experience, to store your preferences and, optionally, to show you advertising related to your preferences by analyzing your browsing habits. We have included some configuration options that allow you to tell us exactly which cookies you prefer and which you don't. Press ACCEPT to consent to all cookies. Press CONFIGURATION to decide the options you prefer. To obtain more information about our cookies, access our Cookies Policy here: More information
Settings Accept