The Atlantic Puffin. The “penguin” who could fly in the famous film Happy Feet 2. 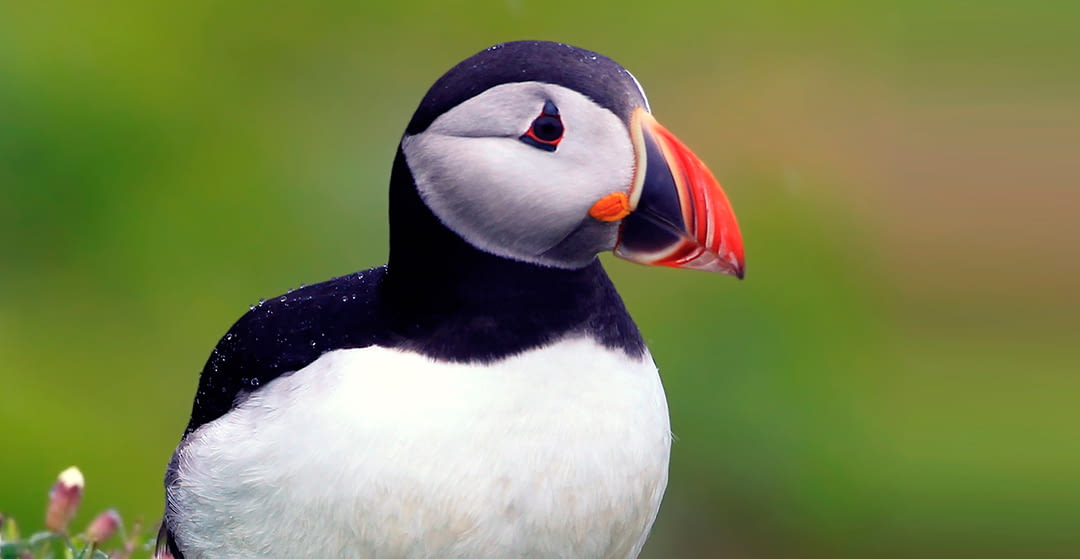 The 2011 animation film catapulted to fame this kind of bird in which the funny character, Sven, makes the rest of the penguins believe that he was one of them and that he could fly.

The Atlantic puffin is a seabird of about 30 cm of curious appearance. Although it looks like a bird of the most harmless, defending its territory and especially its young, it can be quite aggressive against predators, such as seagulls, for example.

It feeds on small fish, so it dives and snorkel similarly to penguins.

To feed their young, they catch up to twenty fish with their beaks. With its strange beak it also digs a burrow, as it lays the eggs (one per couple) underground. They incubate for a period of 40 to 42 days until the chicken is born. At 7-8 weeks, the young are already able to fly.

It is distributed across the coasts and islands of the North Atlantic and the Arctic Ocean, from northern Spain to New Zealand from Greenland to New England.

The Atlantic puffin has colors similar to those of the penguin, but its colorful beak has earned it the name "sea parrot"

Step most of their life at sea, resting on the waves when they are not swimming. They are excellent swimmers who use their wings to propel themselves underwater with a movement similar to what they do to fly.

In the air, puffins are amazingly fast. Beat their wings up to 400 times per minute and can reach 90 kilometers per hour.